At 13:00 EST on Sunday, 21 February 2021, the Rosa Luxemburg Stiftung New York will host a live online screening of the compelling eyewitness documentary «There’s a Whisper Spreading round the World» on Kurt Eisner’s Bavarian Revolution and Republic of 1918/19. Director Uli Bez and Eisner biographer Albert Gurganus will briefly introduce and contextualize her film, then the 67-minute screening will be followed by open discussion with the Munich-based filmmaker.

At anti-nuclear demonstrations in the mid 1980s young activists came into contact with lifelong anarcho-syndicalist Benno Scharmanski, who experienced the revolutionary Republic as a child of an impoverished proletarian family. Fascinated by Scharmanski’s firsthand account of the historical watershed, Bez determined to document reminiscences of the last surviving revolutionaries and their sympathizers, a veritable race against time. «Es geht durch die Welt ein Geflüster» was released in 1989, another critical turning point. Not until the centenary of the short-lived Republic did her picture find its popular resonance and claim its critical due.

To view the English version of the film and participate in discussion with its director, register at:
https://us02web.zoom.us/…/reg…/WN_SfuSSU0WRs2D09Psq4c13g
_____________
Albert Earle Gurganus is Professor Emeritus of Modern Languages at The Citadel in Charleston, South Carolina. He writes and lectures on politicized German literature of the twentieth century. His most recent book is Kurt Eisner: A Modern Life (Camden House, 2018), hailed as „a tour de force“ (Journal of Modern History 92.4) and „an exemplary biography that takes us deep into the mind and context of its enigmatic subject“ (German Politics and Society 37.2).
https://www.facebook.com/al.gurganus

____________
Feminist and social activist Uli Bez is a filmmaker based in Munich. Born 1957 in Erpfingen (Baden-Württemberg), she was fascinated as a child by village elders‘ oral history and storytelling. 1977-80 she studied theater, literature, and art history at Munich University, cultivating a passion for Brechtian epic theater. In 1980 she left university to train as a media designer at Bavaria Atelier Studios, then as film editor and director’s assistant in documentary production. For thirteen years she worked as freelance editor and director’s assistant at Bavarian TV, BBC, and ZDF. Since 2007 she has pursued independent filmmaking. Her best-known works are `Daughters of the Dawn´, on immigrant women, and `who dares begins´, on cooperative building and communal housing. Her first film, `There’s a Whisper Spreading round the World´, on the Bavarian Revolution and Republic of 1918/19, was released in German in 1988, then reedited 2018 at the centenary of the end of monarchy. The English-language version was created 2020/21.

An event by www.bezmedien.com in cooperation with the Rosa Luxemburg Foundation New York and support from KEV. 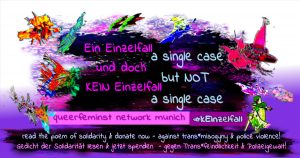 Read the poem and share it as a call for solidarity and donate if you can. // Lies das Gedicht und teile es als Aufruf zur Solidarität und spende, wenn du kannst. 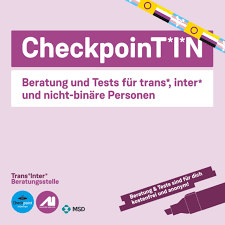 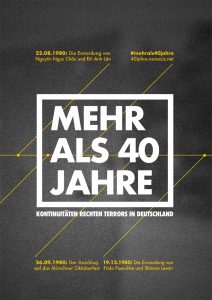 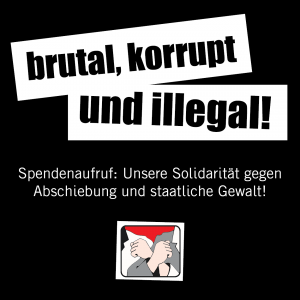 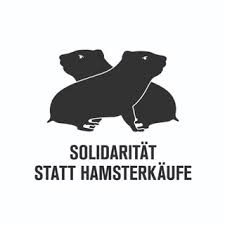 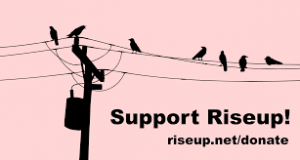